Three events.  See if you can connect them.

Event 1: A few weeks ago we came down to breakfast to find that we had had a mouse in the kitchen.  The tell tale signs on the work surface.  Let’s not say anymore.  We discussed putting out a mouse trap, but never got around to it and the signs never re-appeared.

Event 2: At about the same time, the electrics in the house started to short out.  At first, I thought it was the dishwasher, but soon worked out that it was the toaster.  It was no big deal.  We can make toast on the Aga.

Event 3: Recently, there has been a strange smell in the kitchen.  The same corner where you will find the toaster.  Both of us had spotted it and both remarked it smelt as if something had died. 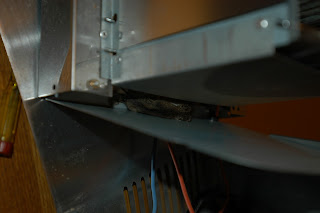 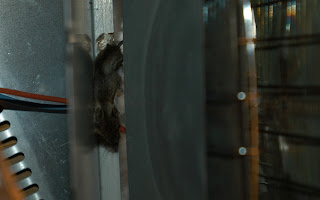 The good news is that the toaster still works.  Can’t say the same for the mouse.